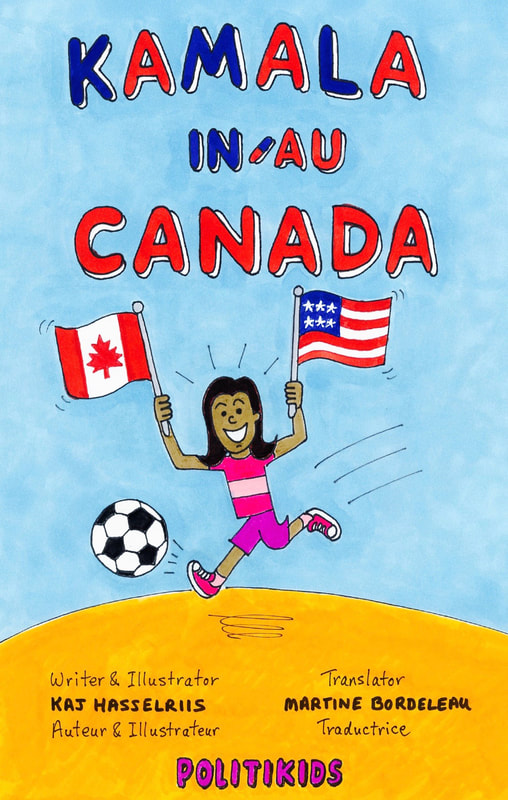 Did you know that Kamala Harris, the first Black and South Asian woman to become U.S. vice-president, lived in Montreal for five years when she was a kid? She even graduated high school there!

Kamala in Canada is a comic book in English and French that tells the TRUE story of those formative years, adapted from articles in the Toronto Star, the Los Angeles Times and Harris' very own memoir, The Truth We Hold.

Find out how a soccer ban at Harris' apartment building during one of the most intense periods in Quebec history, a referendum on independence, turned her into a young leader.

The Montreal Gazette calls it "an inspiring tale!"

Kamala in Canada is written and illustrated by Kaj Hasselriis, the creator of the hit comic book Politikids.

Educators: E-mail me at kajdodge@gmail.com for a discount on bulk orders.

Love this title? Check out Politikids — the true childhood stories of Canada's leaders.